The first doors to open led into the café, where a dedicated band of volunteers supported staff serving food and sanitising all surfaces. Classes for children and adults resumed a month later. By June, socially distanced audiences were enjoying cinema and, with Covid levels reducing, the theatre was able to re-engage with live performers.

Fittingly, it was Music in Peebles, which presented the first ever live performance at the Eastgate in 2004, that lifted the curtain with a celebratory concert featuring its patron, the distinguished violinist Gina McCormack, and pianist Nigel Clayton.

The theatre was also out and about with a slimmed-down summer version of both the Peebles Outdoor Film Festival and Creative Peebles Festival.  Summer saw the erection of a giant set of Swings on Tweed Green where aerial artists performed and everyone was invited to swing and play to an original soundtrack.

Then, it was lift off. From August through to the end of the year, the theatre put on more than 90 events, from dance and drama to films, comedy, talks and live music. Highlights included Age of Anxiety, a new piece created by local performers that combined original dance, music and writing; thrilling dance in a screening of Matthew Bourne’s The Car Man; haunting music, visuals and beatboxing from Northern Flyway; the eclectic musical talent of Ross Wilson, aka Blue Rose Code; plus panto mayhem from Tweed Theatre.

While stage and film performances often dazzled, just as rewarding has been the return and expansion of the programme of classes that enrich the lives of people of all ages – from pre-schoolers on percussion to weekly dance and music workshops designed for those living with Parkinson’s disease and dementia.

The theatre is grateful for the huge amount of community support through this difficult year and, in particular, acknowledges the support of Creative Scotland’s Performing Arts Venues Relief Fund. 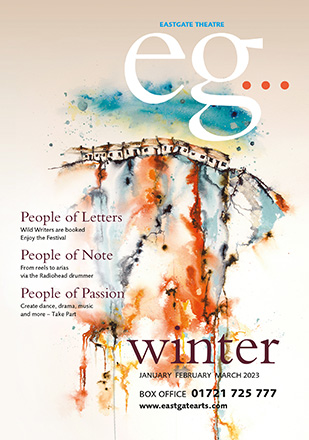